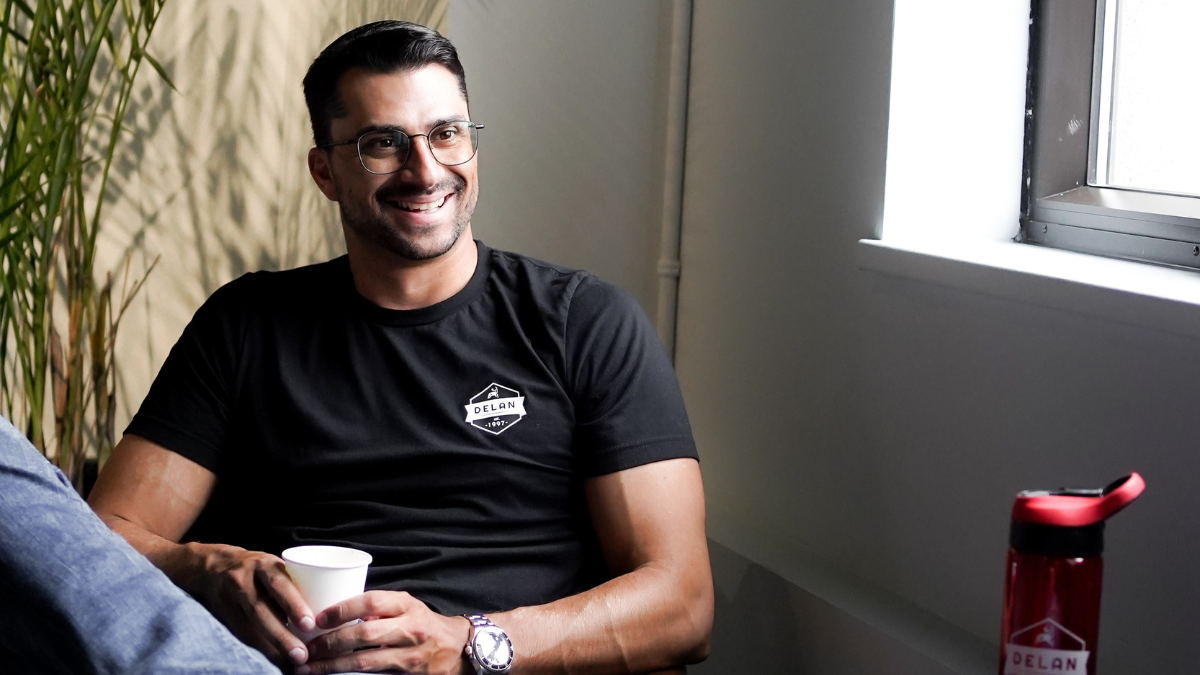 A few weeks ago, we announced the appointment of Jean-François Charpentier as President of DELAN, succeeding Anne-Marie Deslauriers, founder of the company!

On this occasion, we are devoting this blog article to him to highlight his appointment and allow you to get to know him better.

Who is Jean-François Charpentier?

Graduated from the University of Quebec in Montreal in Human Resources, Jean-François started his career in his mother’s family business, DELAN, in 2012.

Following the family’s entrepreneurial path, he decided to embark in the world of IT recruitment. Today, with more than ten years of experience, Jean-François has developed expertise in team management and head hunting, he has also helped the company grow tremendously. Between 2016 and 2022, Jean-Francois was wearing two hats: partner at the firm and Director of IT Recruitment. On June 9th 2022, he becomes President of DELAN. This news marks a milestone in the growth of DELAN, which also celebrates its 25th anniversary.

With Jean-François, the client is always treated with special consideration. Possessing all the qualities of a good recruiter, Jean-François listens to people and knows how to quickly understand technological issues and, thereby, identify the best candidates.

Jean-François is an outstanding communicator. He is the driving force behind DELAN. Recognized for his interpersonal skills and his ability to quickly identify the right fit for job requirements, he is constantly on the lookout for new opportunities. Ambitious, he believes in himself and in everything he undertakes.

As a representative of business succession, Jean-François regularly participates in the activities of the Junior Chamber of Commerce of Montreal (JCCM), the Chamber of Commerce of Metropolitan Montreal (CCMM), the Quebec Technology Association (AQT) and Réseau Action TI. He also gave a webinar on “Recruiting in IT in 2021: what you need to know” at the AQT in 2021 and was a member of several entrepreneur groups of La Relève in 2020 as well as the Entrepreneurs’ Organization (EO) group in 2022.

We asked questions to Jean-François 😉

How has the company evolved since your beginnings?

“At first, we were just me and Anne-Marie, in an office: no window, face to face and that lasted for a year. Today, we are a team of 22, each one more passionate than the other. We are far from our small office on McGill College.”

What is your best memory with DELAN?

“Several come to mind, but last June 9, the 25th anniversary of DELAN, when I became President is certainly something I will never forget!”

“Quite honestly, my team. A close-knit gang that continues to think big and whose members all have the same goal: to succeed!”

Connect with Jean-François on LinkedIn 👉 HERE 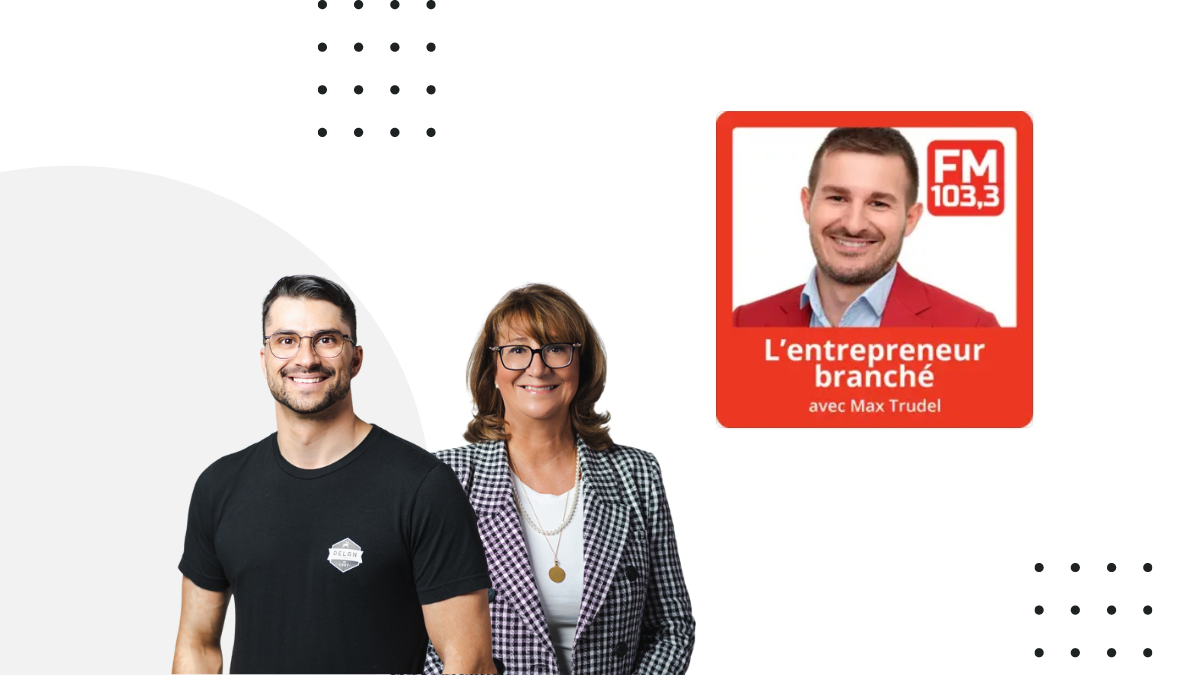 Broadcast L’ENTREPRENEUR BRANCHÉ / The passion for IT recruitment, a family affair at DELAN

Podcast Mon Carnet / 25 years of IT Recruitment in Quebec 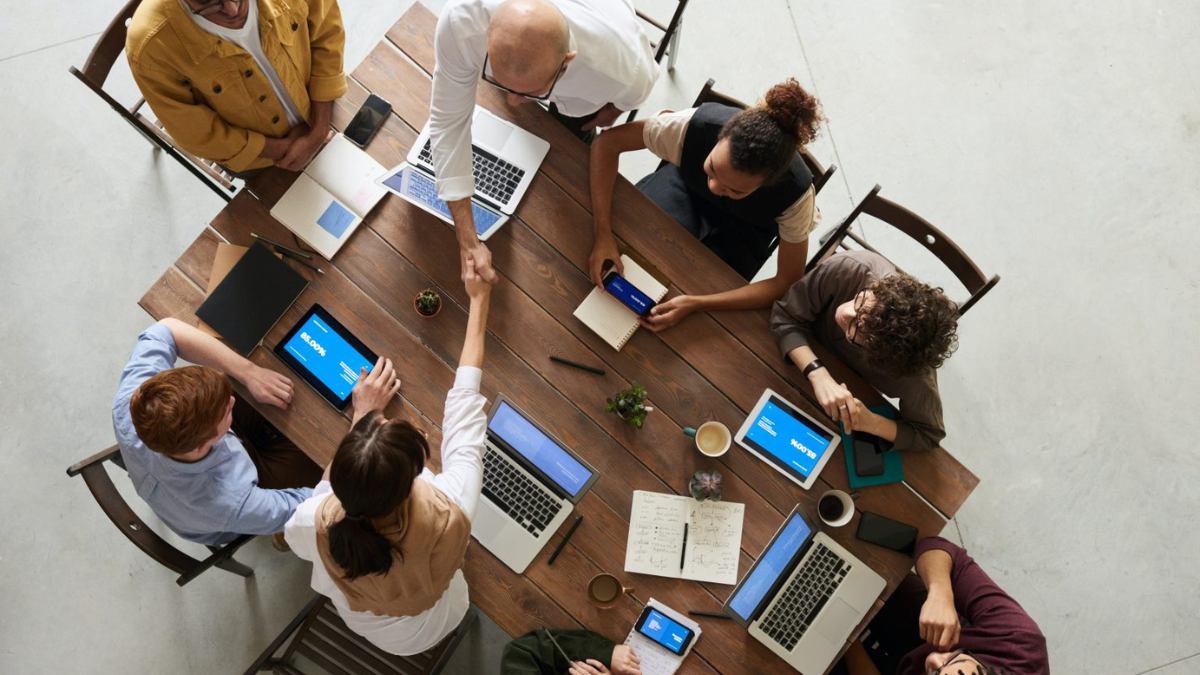 Isarta / Some lessons from recruiters to attract candidates